Who coaches the current world number four Justin Thomas? We take a look in this piece.

Who Is Justin Thomas’ Coach?

Justin Thomas will be playing in his first Ryder Cup at Le Golf National this week. The current world number four has won twice in 2018 with wins at the Honda Classic and the WGC-Bridgestone Invitational. He also lost in a playoff to Phil Mickelson at the WGC-Mexico Championship earlier this year too.

But who is his coach? We take a look below.

Who Is Justin Thomas’ Coach?

His father Mike Thomas is his coach and has been teaching his son the game since he took it up as a youngster.

Mike is the former head pro at Harmony Landing Golf Club in Kentucky, and he is also a PGA of American teaching professional. 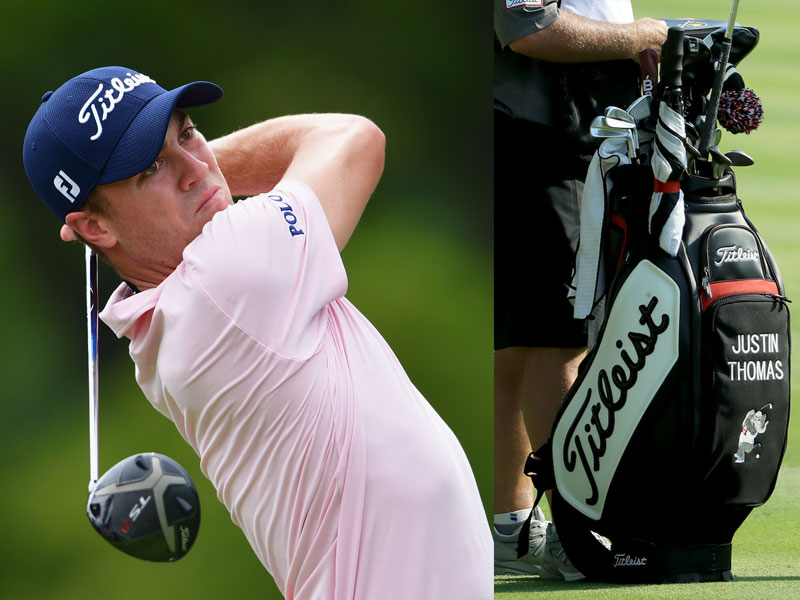 Take a look inside the golf bag of…

Expand Who Is Justin Thomas’ Caddie? 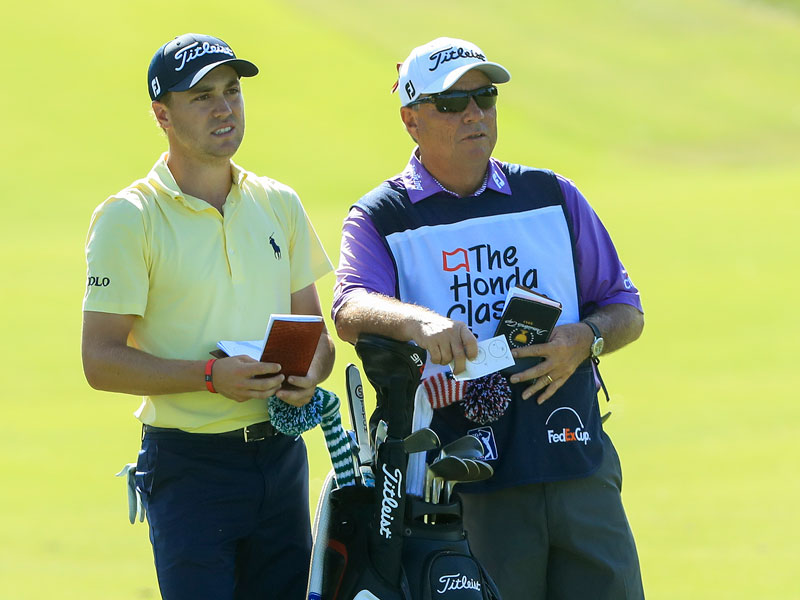 Jimmy Johnson has caddied for Thomas for three… 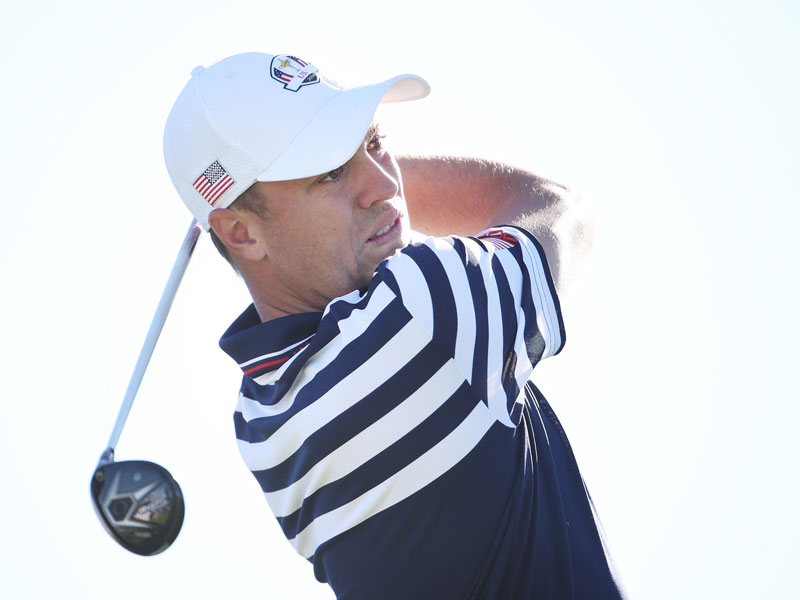 Here are 14 things you may not know…

Expand Who Is Justin Thomas’ Girlfriend? 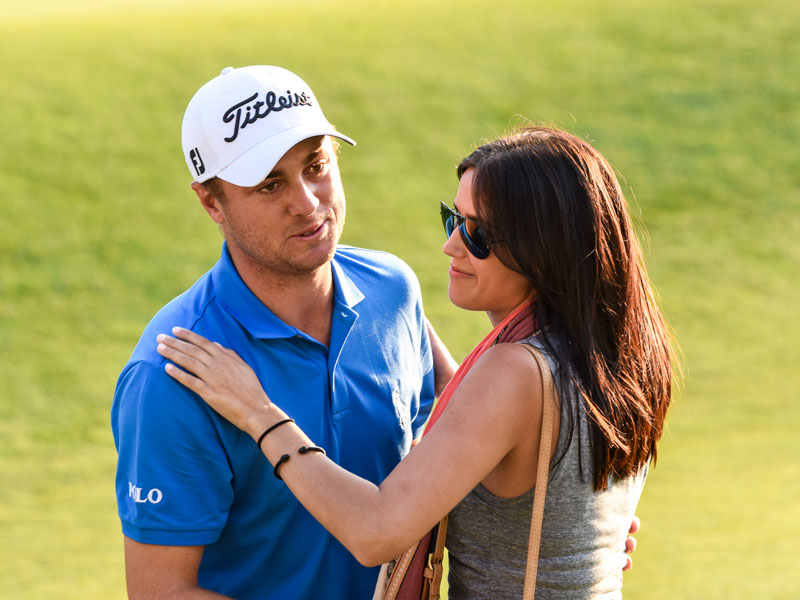 Mike himself was the son of a teaching professional, Paul Thomas and Mike has admitted on more than occasion that whilst he loved the game, he occasionally did not enjoy it one bit.

It was because of this that Mike was always wary of over-instruction when teaching Justin the game. 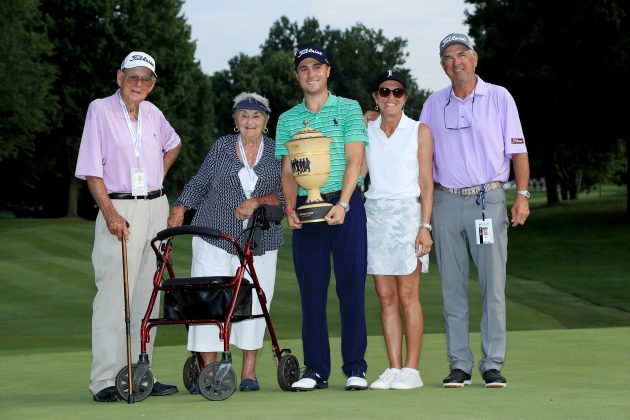 Justin with his family after winning in 2018. His father is furthest right, and grandfather furthest left (Getty Images)

For example, from a young age Mike allowed Justin to correct his own swing. When he was roughly four years old, Justin held the club cross handed and eventually changed this himself. He also worked out how to hit draws and fades himself.

“My goal with him was every time you come out here, we’re going to have fun,” Mike Thomas said. “It wasn’t instruction. It was fun. Then, I was able to sneak some instruction in just because he’d ask me.” 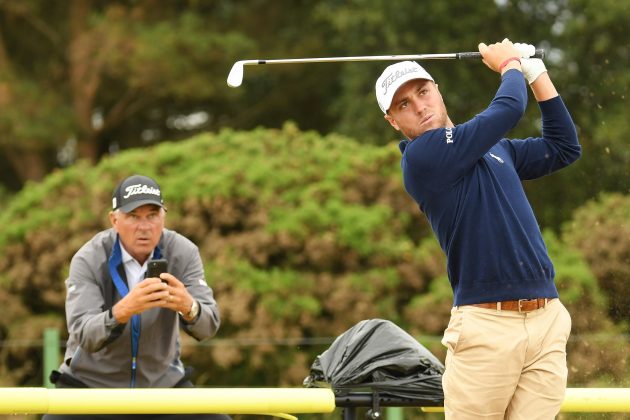 “Sometimes he’s tentative to tell me stuff,” Justin Thomas said to The Wall Street Journal. “Like I won’t play well one day, and he’s like, ‘Yeah, I saw something in your warm-up.’ I’m like, ‘Well why didn’t you tell me?’”

Justin and Mike will both head to Paris this September and given how successful Thomas was playing with Rickie Fowler in the 2017 Presidents Cup, it would be surprising if they were not paired together again.

This article Who Is Justin Thomas’ Coach? appeared first on Golf Monthly.