United reduced their arrears just before the break as Zlatan Ibrahimovic took advantage of a clanger from debutant City keeper Claudio Bravo in a frantic end to the half at Old Trafford.

Wayne Rooney was so frustrated he shoved the City boss in an attempt to get the ball back and Mourinho shuffled his pack at the break by calling for Marcus Rashford and Ander Herrera for Henrikh Mkhitaryan and Jesse Lingard.

Rashford's introduction injected some swagger into United's play - as Leroy Sane came on for his City debut in the second half - but Guardiola ended up with all three points after a breathless encounter. 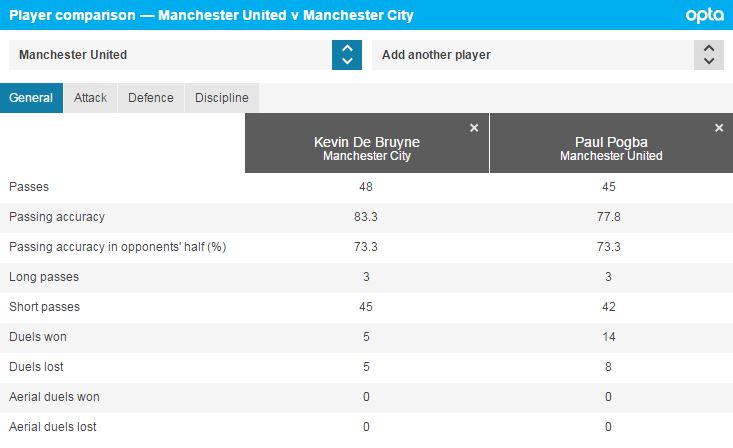 Manchester City striker Kelechi Iheanacho: "It means the whole world to me to play in the Manchester derby and get the winning goal I’m really happy for my team because they worked very hard and we got the result.

“It was just about being in the right place at the right time. It's a great day for me, the team and the fans, it was great we both got a goal and an assist."

Manchester United midfielder Ander Herrera: "It is disappointing for us. We are now not happy. We have lost a derby in front of our fans and it is painful. We have to be balanced in our analysis. This is the first game we have not played the best. We have crossed a lot of balls and put them under pressure.

"We have to take some good things. The attitude and spirit in the second half was fantastic. City will lose points as well. We are three points off top and we want to be champions.

"We didn't start good. Every duel went for them. We have to study why that happened. But we have played well so far. This was not our best game but we created four or five chances to draw the game."