GERMANS are not known for their sense of humour, yet many Bundesliga clubs are renowned for trolling other people and clubs – take Monchengladbach vs Joe Hart as a recent example.

But Bayer Leverkusen’s social media manager will probably have wished he’d have waited until full time to mock fellow Group E rivals Spurs over their poor start to life at Wembley stadium. 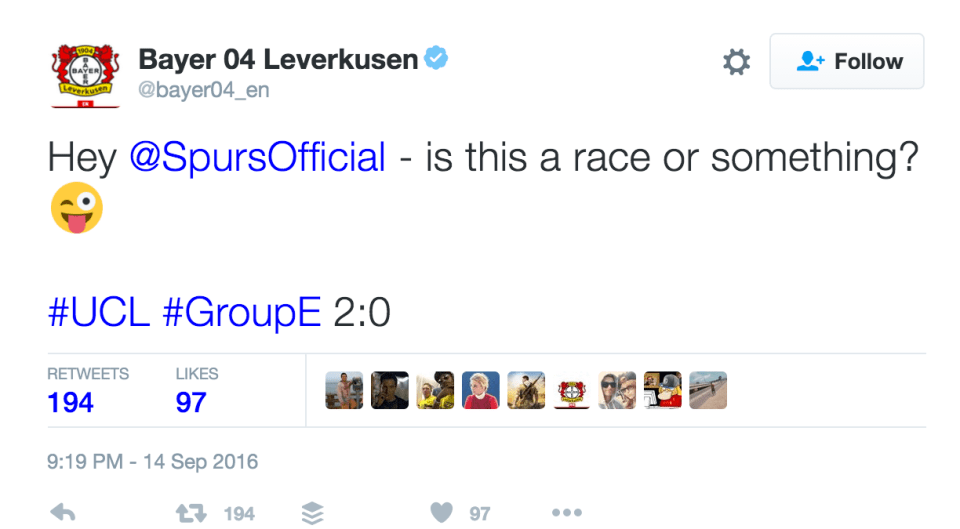 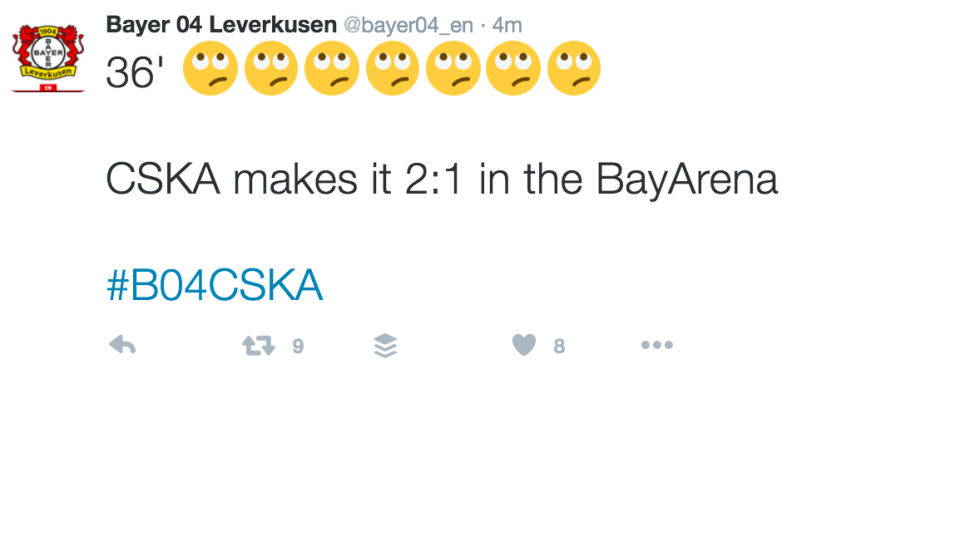 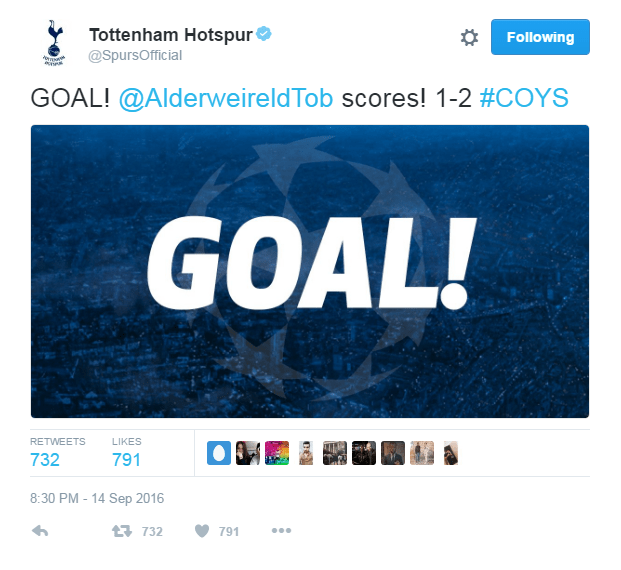 Mauricio Pochettino‘s side were 2-0 to Monaco at their new temporary home, when Leverkusen, who at the time were 2-0 up themselves at home to Russian side CSKA Moscow.

That prompted the gleefully smug tweet: “Hey @SpursOfficial – is this a race or something?” with added winky emoji – alluding to their different positions at the end of the group table at that time.

What TV channel is Leicester vs Liverpool on, what time is kick off and what is the latest team news?

'He moved me greatly'

Lionel Messi and Neymar may be barred from UK for Champions League final over tax row, says Uefa boss

But CSKA were not done, and promptly scored two goals in three minutes just moments after sending their mirthful message.

And to compound matters, just after Leverkusen had let two in, Spurs scored through Toby Alderweireld.

Sadly Spurs did go on to lose the game, while Leverkusen could not score a third as their match finished in a draw - but now there is only a point between the two clubs, not three and "the race" is very much still on.