EVERTON came from behind to defeat Middlesbrough 3-1 at Goodison Park on Saturday and maintain their unbeaten start to the season.

The visitors took the lead in controversial fashion as Alvaro Negredo knocked into goalkeeper Maarten Stekelenburg who was attempting to collect a Stewart Downing cross. The Spanish striker did not connect with the ball, but he forced the stopper to spill it into his own net.

Boro, however, were unable to hold onto the lead for long as Gareth Barry celebrated his 600th Premier League appearance by notching the equaliser three minutes later.

Everton were flying now, and Seamus Coleman finished off a great move by turning the scoreline on its head on 42 minutes.

And there was time for another before the break as Yannick Bolasie’s cross evaded everyone but a lunging Romelu Lukau who got the slightest of touches before the ball bounced into the net and conclude the scoring. 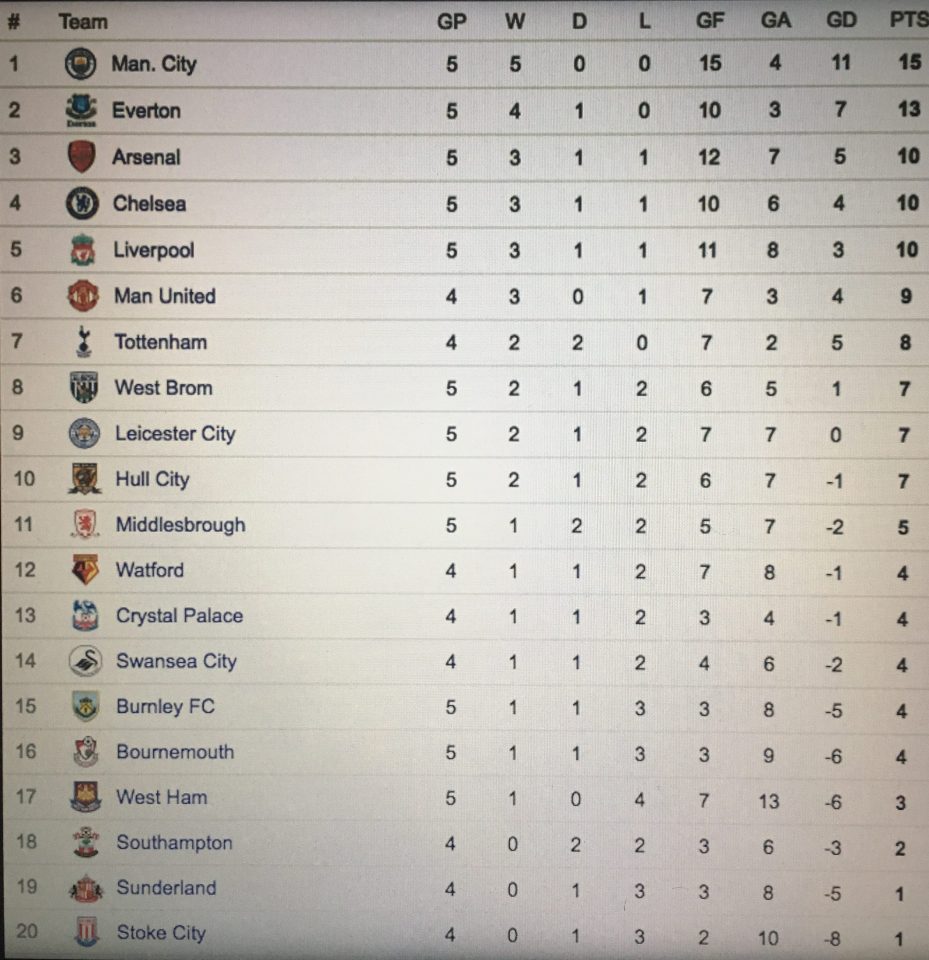 2 - Gareth Barry has scored as many goals in his last four Premier League games as he did in his previous 95 (2). Celebration.

"Penalty to Manchester United" he said

Am I the only one that thinks the @Boro goal is a foul. He heads the keepers arms!!
Doesn't touch the ball!!!

Take a bow Seamus Coleman, what a goal.

Everton are fun. You never know if Barkley's, Bolasie's or Lukaku's next touch will be really good or truly horrendous.

Everton boss Ronald Koeman: “It was not a bad day. The start was not good.

“We needed the mistake of the referee and go one nil down as after that we had that reaction – more aggressive and good football.

“We turned around the result before half time and how we controlled the game in the second half was outstanding.”

Everton midfielder Gareth Barry: “It’s a fantastic start to the season and that’s four wins in a row.

“It’s great to get a goal and it made it an even more memorable day.”

Boro boss Aitor Karanka: “I'm proud of the players. Other teams would have lost that game five, six, or 7-1.

“We started really well and when you score it is really good, but today it wasn't for us as they were encouraged and started to play.

“We were a little bit lost in the last 15 minutes of the first half.”