A GRIEVING Peruvian family showed their devotion to the national football team by screening their latest World Cup qualifier during a FUNERAL with a coffin just feet away.

Legendary Liverpool boss Bill Shankly once said the game was “much more serious” than a matter of life and death.

And these incredible pictures show the funeral did not get in the way of the fanatics getting their football fix when their country faced Ecuador in a World Cup qualifier.

Footage of their bizarre celebration has gone viral on social networks and has been screened on TV networks in Peru.

The video even shows the fans cheering their heroes’ goals in the red and white shirts – while their deceased loved one lies dead in the background.

It shows the undertaker’s room in which a group of people are gathered and watching the match on TV.

The game took place in the Olympic Stadium in Atahualpa, in the Ecuadorian capital city Quito.

Thankfully for the mourners it ended in a 2-1 Peru win.

Football match screened at funeral in front of open coffin

Two of the people attending the funeral are seen hugging after one of the goals, while the others are talking to each other throughout the match.

One fan commented: "Hahaha, how much pain and joy they would feel".

MOST READ IN FOOTBALL

FOX IN THE BOX

Arsenal set lowest ever Emirates attendance for clash with Doncaster

Another said: "When Peru wins even the funeral is forgotten".

The game provided a thrilling finale with Edison Flores and Paolo Hurtado putting Peru two up before Ecuador pulled one back.

The win was their first in Quito and leaves Peru poised to seal a World Cup place with two games left. 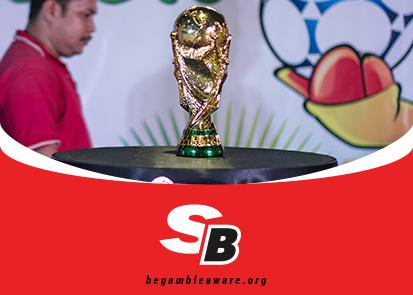 DON'T be left Blue next summer at the World Cup.

Germany (5/1 - add to your betslip) might be the favourites in Russia - bur it's another European that interests us.

Didier Deschamps has a young squad who are capable of causing havoc against some ageing defences.